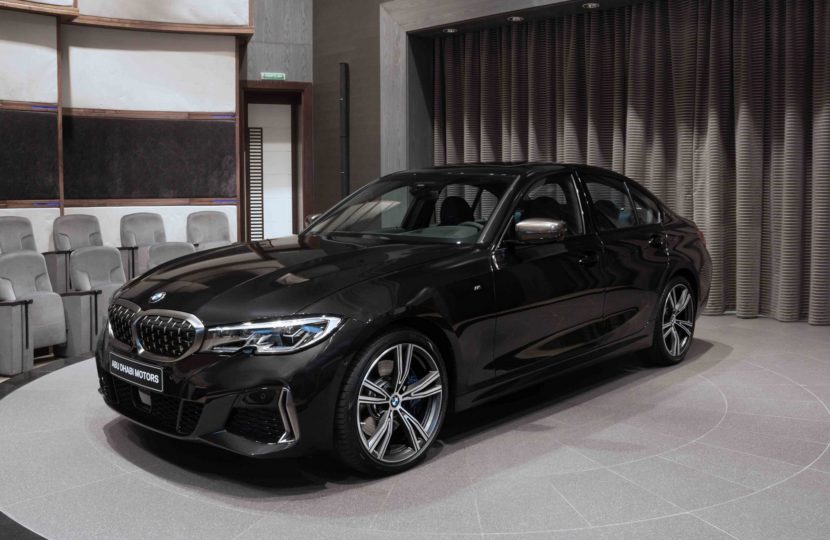 The BMW Abu Dhabi dealer is widely known for its bossy and extravagant vehicle configurations. Today’s star of the show is the new BMW M340i xDrive featured in an eye-catching outfit. The Bavarian mid-sized sports sedan is pictured in the traditional, yet highly luxurious Sapphire Black metallic color. The car is sitting on the BMW Individual 19-inch alloy wheels with double-spoke style and high-gloss Silver reflex shade (code 771). The BMW Laser headlights, the blue M brake calipers and the Cerium Gray accents signal this is not just an “ordinary” 3 Series. 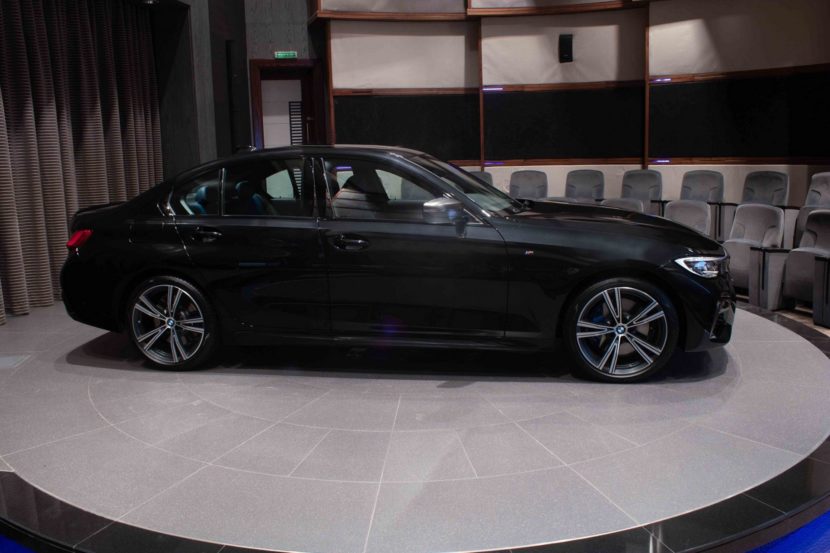 Going inside, we find a special full-leather upholstery: the BMW Individual Merino Fjord Blue/Black. Thus, the black and blue theme of the exterior is evenly translated in the cabin. The leather features contrasting stitching in white, with the Fjord Blue tone covering the center front armrest, the lower part of the dashboard, the middle section of the seats and the door panels.

The ash grey-brown high-gloss fine-wood trims for the dashboard and center tunnel really add a note of distinctiveness to the premium interior. The car also featured the Interior Light package, which can create a cosy atmosphere thanks to the special lighting color. Also, the experience aboard this model will be further enhanced with the help of the optional Harman/Kardon audio system. 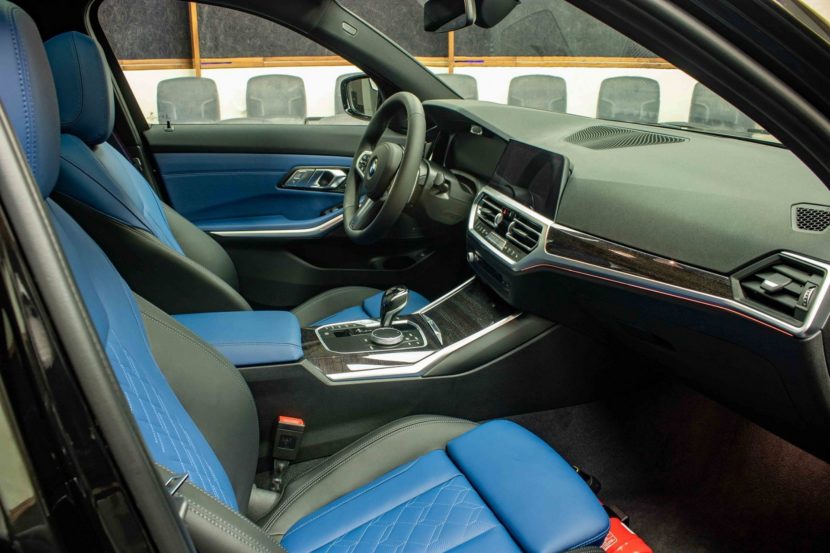 The new M340i xDrive is the new range-topping model of the standard 3 Series. Replacing the previous 340i and getting some M vibes, the new M Performance iteration of the G20 model series gets an all new inline-six cylinder turbocharged engine, which develops no less than 374 PS (368 hp) and 500 Nm (369 lb-ft) of torque.

Glad to have you at Our Store
Welcome to Our Store